“It’s now clear that the planning process has been a sham and that’s why we are encouraging the community to step it up. The time for civil disobedience to stop WestConnex is now.

“To highlight the many serious flaws in this project, we will be holding an urgent People’s Inquiry on May 6 in the NSW Parliament to fully expose the extent of problems surrounding this project.

“The Baird Government may be trying to hide the evidence that this project won’t work behind hundreds of difficult to access pdf files on the  NSW Planning site, but we will bring them to light.

“Over 12,000 submissions were received about this stage of the project from specialists, academics and the general public and overwhelmingly they exposed the huge problems in the planning, governance and economics of WestConnex. Despite this the Baird Government is steamrolling ahead.

“There is no social license for this dirty tollroad. It is an anachronism in today’s urban planning and represents a disgraceful transfer of public money to tollroad operators  and to private construction conglomerates who are now under the spotlight for fraudulent overseas dealings.

“Given that the project is still reliant on federal government money, this isn’t just a problem for NSW. Malcolm Turnbull and Bill Shorten must make their position on this polluting tollroad clear. No further funds should be released to enable this shame infrastructure project. 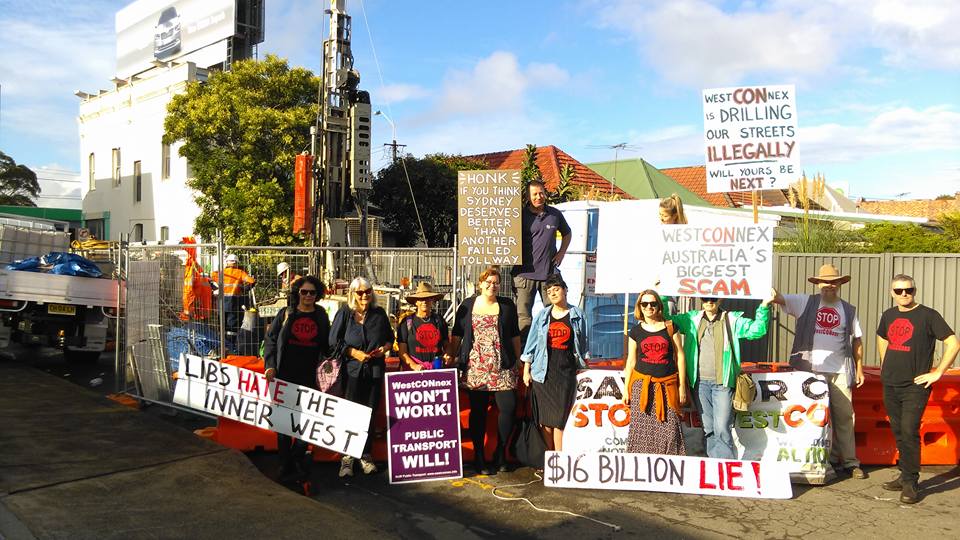